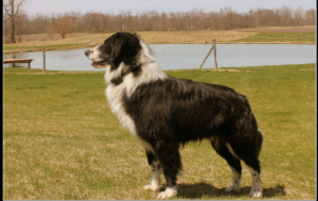 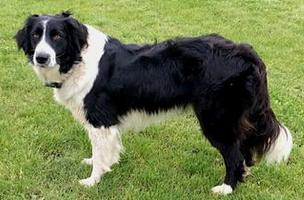 Molly is a fun-loving, intelligent female who likes to "double check" and make sure your "no" really means "no". However, she learns new tasks so easily, and just loves being around her family. She is the daughter of our Sparkles/Badger litter that was born Spring of 2015.​ 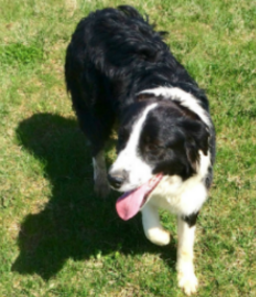 Codie is one of the stud dogs on our farm. He has decided that his daily job on the farm consists of important roles. Keeping watch over his family and their home, you will find him patrolling the property on the hunt for vermin. When his family is outside, he enjoys running and playing with each one, and at the same time "keeping" a watchful eye. As for temperament, he has a laid-back personality, but can give a deer a run for it's money when the time and conditions are "just" right. 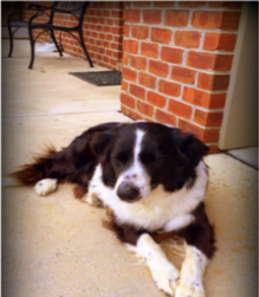 Sparkles is an energetic, friendly female who will happily greet your arrival. She is the daughter of Kolb's Daisy and resides with Jay's sister, Cheryl on their farm in Ohio. She weighs 55#.

Our Maddy is the newest female on our farm. She is sweet and calm, but due to her nature she is often-times let inside and has grown used to being an almost "house dog". She enjoys napping on her blanket by the food bowl and watching us in anticipation as we prepare meals, in hopes that she'll get something extra to eat. 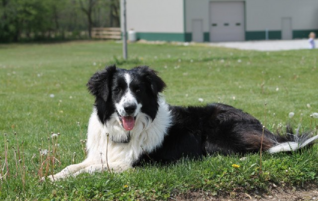 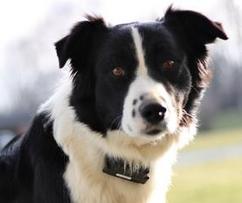 Badger is also one of the family stud dogs. He resides on the farm with Jay's sister, Cheryl, who is also an English Shepherd Breeder. He is black and white, but both of his parents are sable and white. He is a sweet, lovable male and loves the opportunity to greet you and say hello. 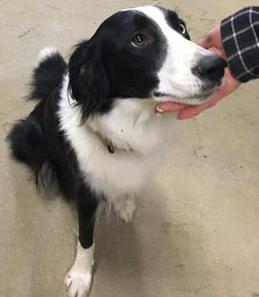 Our Marcy was born on 9/5/2011. She's a sweet-natured female, who has a laid-back personality. She adores her family, and will sweetly nestle herself next to her family when given the opportunity. Marcy is the largest ES on our farm, weighing in at 65#.